The Ping Golf Club: An Overview

For a golfer, one of the most important things that he should examine is his golf club because according to experts, it is one of the main reasons why they do not hit the ball. This is the exact reason why the Ping golf club was born.

Karsten Solheim was the one who invented the ping golf club with different intentions. The story has it that Karsten was practicing golf but he could not hit the ball so he started to practice up to the time that he began to design and experiment his very own putter so that he could play better through it. He thought of designing his own putter without a figment of a though that it would be known worldwide.

By the year 1959, his putter experiments had evolved into 1A design. While deciding for the name, he heard the sound of his putter and declared proudly to his wife that he would name the putter from its sound, hence the name “ping”. At that same year, Sports Illustrated published an article in their August issue regarding the ping golf club dubbing it as a musical putter.

This was the beginning of success for the ping golf club. At present, the Ping golf club is manufactured in Phoenix, Arizona by Karsten Manufacturing Corporation. There are more than 400 patents registered for the ping golf club and each of these designs are all innovative and very original designs that are suited for each and every golfer. Here are some of their key patents and products:

Another innovative movement for the ping golf club was the application of investment casting in the manufacture of the K Series Irons. This is not really a new technology in fact; the old name for it is the lost-wax process. The purpose of this type of method is to ensure precise detail and consistency to all of the parts of the ping golf club.

Another type of patent for the Ping golf club is the Cushin Selective Filtering Insert. This is a patented invention which screens out and disperses the unwanted frequencies that can harmfully affect muscle, bone, and connective tissue. Through this invention, the golfer receives less vibration with greater feel on each shot.

The reason why the ping golf club is popular and widely used is because of its innovative, ever-changing yet reliable design. These designs are what people, particularly golfers, recognize about ping golf club. lost one of your ping golf clubs? Do not worry because serial numbers are here to save you!
In every ping golf club, there are serial numbers which are etched on every PING iron. If ever there is a need to replace one club, the company has the exact specs at the time of manufacturing on file and could actually build a new club to match your set. 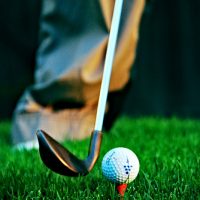 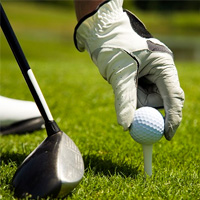