Taylor Made golf clubs are into leading the combined driver, iron counts and fairway wood at PGA tournaments. The advancement of the metal wood technology employed by Taylor Made golf clubs make it possible to each player to have a his own club. This metalwood technology created famous clubs in the form of Pittsburgh Persimmon, Tour Preferred, Burner, and Burner Bubble, each is considered a high performance piece of device. With titanium clubheads, Taylor Made clubs are very strong but extremely light to use.

Taylor Made’s metalwood golf clubs boast of the following models with features that surely makes each golf club a hit to golfers:

R7 Fairway Woods is the Taylor Made golf club, which is with Taylor Made Launch Control (TLC) Port. TLC cartridges can be installed and removed to permit users in changing the CG location to vary the degrees of draws and fades that will consequently promote more accuracy and distance.

R5 Titanium Fairway is another Taylor Made golf club that has a titanium clubhead that is very easy to hit. It has permanent TLC cartridges that facilitate the launching of the ball high, long and straight for the players who would rather not change cartridges.

V Steel Fairway Woods claims its having the ultimate combination of power, accuracy and versatility. It is the Taylor Made golf club that attributes its excellence to its V-shaped sole that improves the force of how the sole interacts with the turf at impact.

Rescue Dual is a Taylor Made club that has double TLC ports that are widely spaced for increased forgiveness on incurring mis-hits. It has a new T-shaped sole that is responsible for the increased clubhead stability and decreased drag at impact that in turn promotes better accuracy and distance. With its low center of gravity (CG), it’s a lot easier to launch than a long-iron and this makes shots higher and longer.

Rescue Dual TP, with dual TLC port and Taylor Made’s movable weight technology,is best known to promote the variation of degrees of draw and fade. Further off, it makes for greater forgiveness. The difference between Rescue Dual and Rescue Dual TP is that TP has a higher center of gravity (CG) position that allows a lower, piercing ball flight that many experienced golf players find easier to manipulate.

Rescue Mid is said to be Taylor Made’s breakthrough utility club that is engineered to be easier to use than a long-iron while displaying prowess in providing better distance. This golf club’s excellent performance is from its way of uniting a high flash of inertia with a lower, deeper center of gravity. This creates maximum forgiveness on mishits, high launch angle and high spin for high, long shots that quickly stops.

Rescue Fairway is the Taylor Made golf club that indulges in its having a low profile that is responsible for its low and deep center of gravity (CG). It is made to smooth the progress of hitting the ball high, long and straight. This golf club is crafted with double sole that improves playability from a variety of lies. Taylor Made engineered it to launch a high angle with high spin for long-carrying shots that surely impress each player. 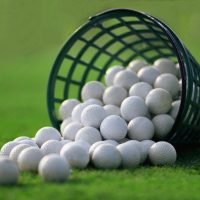 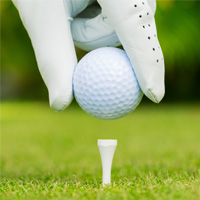 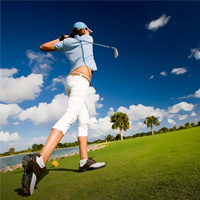